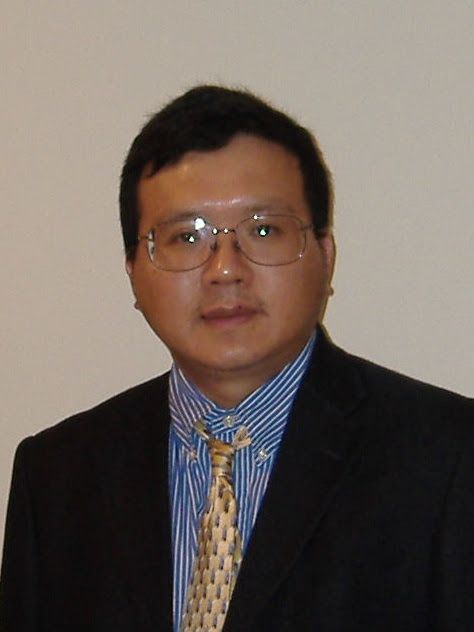 Dr. Jinxing Yu graduated from Fujian Medical University in 1983 and worked as a physician in the Department of Radiology at the Affiliated Union Hospital. In 1989, he became a research fellow at the Massachusetts General Hospital, Harvard Medical School. He did his radiology residency at Nassau University Medical Center, SUNY School of Medicine in Stony Brook from 1995 to 1999.

In 2000, after successful completion of his Body Imaging fellowship at Tufts University School of Medicine in Boston, Dr. Yu joined the Medical College of Virginia (MCV) hospital, Virginia Commonwealth University as an Assistant Professor. MCV Hospital is one of the best teaching hospitals in the United States. The Department of Radiology has many internationally and nationally recognized radiologists. Because of his commitment and diligence to his work, dedication to teaching and excellent research, Dr. Yu has earned himself a great praise from his colleagues, fellows and residents. In 2002, he was promoted to the Director of Oncology Imaging of Radiology Department. In July 2006, he was promoted to Associate Professor.

Dr, Yu has been very productive in his research in the past 6 years. He has published 6 articles as the first author in Radiology or American Journal of Roentgenology (AJR), which are the two most prestigious radiology journals in the world. Currently, Dr. Yu has four funded clinical research projects. One of his funded projects is to study the gene therapy for the unresectable locally advanced pancreatic cancer. Dr. Yu also has served as a reviewer for the American Journal of Roentgenology since 2004.

Dr. Yu is a great supporter to AAFMUA and FJMU. He has been actively involved in AAFMUA activities, supporting Education foundation and promoting clinical exchanges with FJMU. He was appointed as a Guest Professor of FJMU in 2000. For the last ten years, Dr. Yu has given many lectures at the Union Hospital of FJMU as well as in the Radiology Society of Fujian. He was invited to give lectures at the Shanghai Second Medical University in 2004 and at the Beijing Medical University, Beijing Hospital in 2006. He is also invited to give a lecture in the upcoming annular meeting of the Society of Gastrointestinal Radiologists in Florida, USA.

Dr. Yu has been closely collaborating with radiologists in China. Currently, he has a research fellow from ShangHai, China. He welcomes highly qualified radiologists from FJMU to contact him about visiting MCV. His e-mail address is jyu1@vcu.edu. 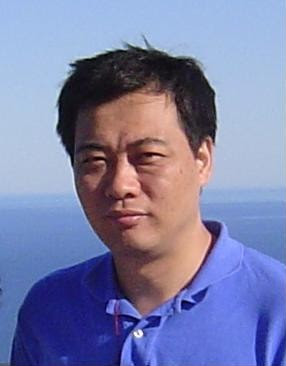 I have known ZHENG Ling for almost 28 years since our college days. He has always been a witty and energetic guy. He is someone you would want to have around when you get together with a bunch of friends. In year 1982 and 1983 ZHENG Ling and I were at the same internship rotation site, which is a rural area in Fujian. He was always liked by hospital staff. Of course he was a very likable classmate to us, his peers. His wife whom he married was a beautiful nurse then working in the very hospital. At present, ZHENG Ling and his wife happily live in New York City.

Between New York City and Fujian, ZHENG Ling and I lost contact with each other for 16 long years. When I came to New York City in 1999 to a reunion of Fujian Medical University (FJMU) Alumni, to my surprise I saw him there. The bigger surprise was the fact he had become an established Acupuncturist in Manhattan.

Needless to say I was proud of what my friend has achieved. Soon after he decided to practice acupuncture and Traditional Chinese Medicine he passed the national acupuncture exam and became a certified acupuncturist. A few months later he was licensed by the University of State of New York Education Department as a licensed acupuncturist. Since 1994 Dr. ZHENG has owned LZ & Manhattan Acupuncture P.C., a private practice, where he has been providing health care in main-stream community and Japanese community, in Manhattan mid-town, New York City.

To many individuals, achieving the business and financial status that Dr. ZHENG has achieved is a huge success and a satisfaction. Dr. ZHENG, however has gone extra miles to serve others. He has been very active in the Acupuncturist professional community and the community of FJMU Alumni in the U.S..

1994 to 1998 he served for NCCAOM as a professional examiner to be in charge of the acupuncture board exam in the acu-point location;

1997 to 1999 he was a board Committee member of American Acupuncture Association. AAA is a nationwide acupuncture professional organization with more than 30 years history;

Since 1999 he has been the executive vice-president of American Acupuncture Association;

Since 2004 he has served as vice-president of Traditional Chinese Medicine Academy Association (USA), which consists of more than 600 TCM practitioners and researchers in the east coast of U.S. Due to his great contribution for acupuncture community, he received the year 2005 excellent service award from the organization.

Since 1999, ZHENG Ling, as one of founding members, has devoted himself to the seeding, organizing and operations of the AAFMUA. He and Ruoqing HUANG, the current president of AAFMUA, were key alumni who ignited the idea of organizing a friendship association for all FJMU alumni in the U.S., which then under ZHENG Ling and many other alumni’s effort has become nowadays AAFMUA, a strong community.

Dr. ZHENG served as Vice President of AAFMUA 2000 – 2002, as Advisor to AAFMUA 2003 – present. Since 2003 he has been serving as a Treasure to the organization, overseeing financial operations and actively organizing the AAFMUA activities in New York City. (Article contributed by Yishun Lin, Class of 1983).

Dr. Shi Yu graduated from Fujian Medical University in 1988. After graduation, she practiced as an obstetrician and gynecologist in Fuzhou Union Hospital for one year. She then came to the United States in 1989. She had worked in Dartmouth Medical Center at New Hampshire, University of Texas Southwestern Medical School at Dallas and New York Downtown Hospital for 11 years, where she had done basic and clinical medical research. At the same time, she passed a series of very difficult examinations for foreign medical graduates, the United State Medical License Examinations (USMLE), and became eligible to practice clinical medicine in the States. However, later on, she gave up the promising and high income medical profession and became a professional writer. Since then, she has published more than 10 books including novels, short stories, essays, and poems. She has won many awards for her literacy achievement including (The best poem of America). Her novel (New York Lover) also had won enthusiastic reviews and spent many months on the Chinese novel best-seller list. She is also one of the founders of Wen Xin She (文心社) the largest Chinese novelist organization of the North American, and has been the Chairwoman of that organization for many years.

Currently, she is a professional novelist, essayist, playwright and poet. She serves as chairwomen of Wen Xin She, columnist of QiaoBao, Ming Bao, and Xingdao Daily. She is also a doctorate candidate of world literature, Fujian Normal University.

Following are her publications: