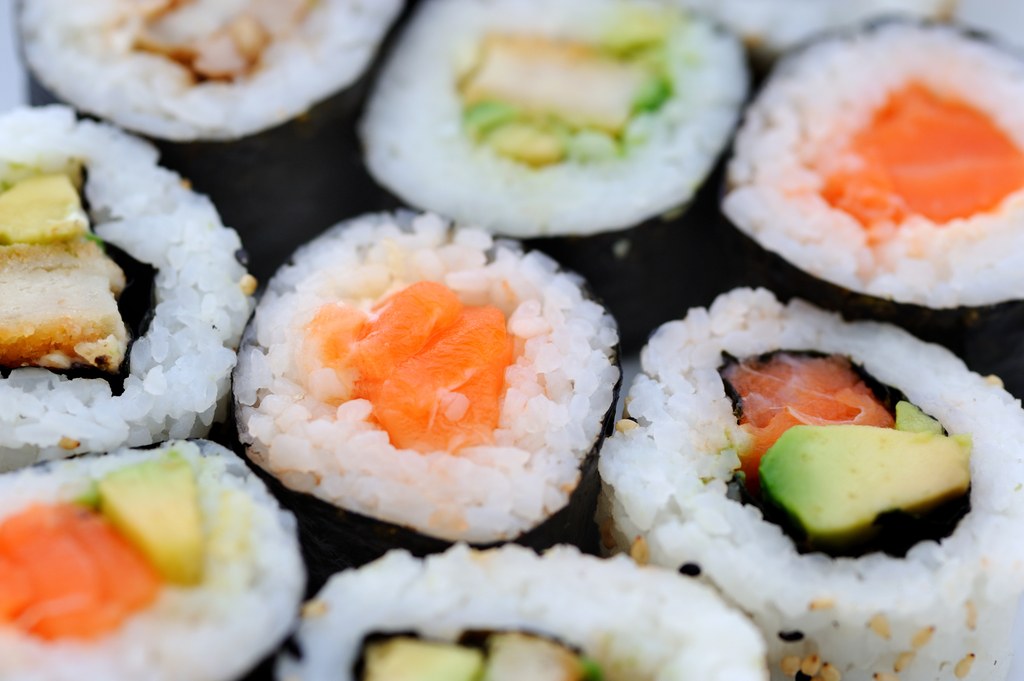 How to Eat Sushi Without Embarrassing Yourself

By EthanLin Posted on 10月 29, 2016 Leave a Comment on How to Eat Sushi Without Embarrassing Yourself

From the zesty bite of a spicy shrimp roll to a piece of perfectly fatty Otoro tuna, sushi and sashimi are some of the most popular foods in the U.S. In fact, from 2010 to 2014, stateside sushi consumption grew by nearly 30 percent. As with many imported cuisines, however, the traditional way to eat sushi has been corrupted in its journey across the seas. Employ the following tips to devour sushi like a true connoisseur.

Sit at the bar.

“If you step in an authentic sushi restaurant, sit at the counter so that you can enjoy interacting with the chef,” says sushi aficionado Ryo Minoguchi, who grew up in the Kansai region of Japan but has lived in the U.S. for the past 16 years. From the counter, you get intimate access to the chef and the opportunity to chat about what fish is fresh that day. Plus, you’ll have a front-row seat as your dinner is crafted.

To ask for your sushi omakase is to request the chef’s tasting menu (often divided into three tiers based on price). “In Japan, [the chef] goes to the fish market every day and gets different kinds of fish,” says Ken Ando, owner and sushi chef of Ando Japanese Restaurant in Cincinnati. “So if a customer asks for omakase, they have the freshest seasonal fish. That’s the best way to ask.”

Both methods are accepted practice in Japan when consuming sushi, though in the U.S., you might solicit some strange looks from nearby tables if you treat nigiri as finger food. That said, when eating sashimi, chopsticks are a must.

Resist the urge to rub your chopsticks together—traditionally, it conveys to restaurant proprietors that you think they’re a cheap establishment whose chopsticks are going to mar your hands with splinters. Second, refrain from using chopsticks to pass food to your dining partner’s chopsticks. It’s considered impolite, and is reminiscent of the tradition of transferring cremated bones to an urn at a Japanese funeral. Finally, if you are taking food from a group platter or friend’s plate, use the wide end of the chopsticks—not the end that touches your mouth, which is a social taboo equivalent to double-dipping.

Proceed from light to dark.

Begin by eating lighter-colored fish before progressing to darker, more fatty varieties. The latter tends to have stronger flavor, and can linger on the tongue, overwhelming the taste of milder fish.